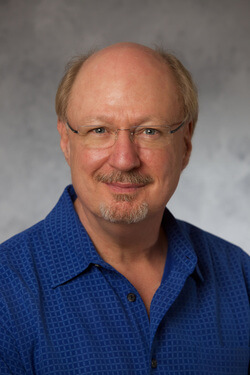 My personal search to alleviate severe pain is how the Gravity Pal story began.

I remember even as a kid having back pain but I dismissed it to youthful sports injuries and the occasional weekend warrior overuse. But I was wrong, very wrong. My doctor told me the root cause of my lifelong back pain problem was a congenital birth defect where the facets in my lower back area had not developed correctly in the first place. Who knew?

So, one day in 2000 at age 49, while merely getting out of a booth in a restaurant after lunch the top of my spine at L4 slid forward from my lower spine at L5 thus severely pinching and stretching the nerves bundled there. The shocking pain in my back and legs was breathtaking and indescribable. I couldn’t walk more than a few steps before I had to stop and I couldn’t stand for more than several seconds at a time. It was all I could do to get home that day and see straight.

The term “brought to my knees” was, for me, what actually happened.

After reviewing the MRI, the neurosurgeons said I had a condition called “spondylolisthesis” and they quickly set me up for spinal fusion surgery and I thank God they did. This condition can quickly wreck the nerves and they wanted to move fast. But, unfortunately for me, it was not fast enough.  Even though the surgically installed titanium “cage” stabilized my spine, extensive nerve damage had been done. I was left with intense 24/7 pain down both of my legs. I came to appreciate many different kinds of pain: biting, 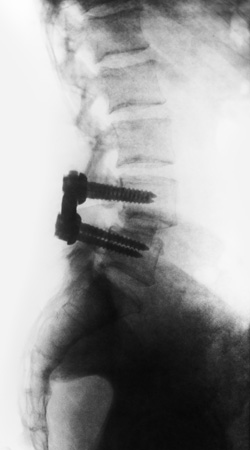 burning, sharp, stabbing, shooting, tearing, piercing, throbbing, and aching. It was a tough time and a very fearful one for me and my family.

One compassionate doctor told me that this was called “peripheral neuropathy,” that there was no cure and that all I could do was to manage it with (a lifetime of) prescription drugs. He kindly said that I should simply, “shake hands with the pain.”

I said, “No thank you” and that is when my real journey began.

I decided to become a “First Person Expert” in how to not only minimize pain, but to overcome it. My journey has led me to extensively study and engage many excellent modalities and activities that have assisted me to become *mostly* pain free today; these include Pilates, Rolfing, Gyrotonics, Myofascial Release, Five-Element Acupuncture, Chiropractic, Massage, Weight Training, Yoga, Rock Climbing and, now,  Low Angle Inversion with Gravity Pal.

As many journeys, mine has many chapters and adventures. I did not know (and do not remember anyone telling me) in 2000 that the surgical fusion of spinal vertebrae together can require OTHER spinal fusions later on, due to the additional stress put on the other nearby joints. I did not know that it is very common to later need to fuse the vertebrae above and below the original spot. So, in 2013 I was again in need of a second back surgery. However, about a week before my scheduled surgery, while I was using my early version of Gravity Pal, I felt something shift in my back and felt much better upon getting up off of my Gravity Pal. I called my doctor and we postponed that surgery, first week by week then bi-weekly, then we simply put it off altogether.

It was this moment when I knew that I had to bring Gravity Pal and LOW Angle Inversion Therapy out into the world.

While I cannot promise anyone will have the same results as I did, I do know that Self Care is what is working for me and that Gravity Pal is a big part of that equation.

My wife and I – together – went back to school and became licensed massage therapists and obtained advanced training as integrative bodywork therapists. I wanted to REALLY understand what had happened to me and to figure out how I could best treat myself to have the best level of health I could create.

I thank God every day for my wonderful wife and life partner, Dawn, who has been there with me every step of the way; not only to pick me up the many times I have gotten low but also to be my true, professional collaborator and fellow researcher. Both of us have been relentless in trying to learn how pain and compression relief can be obtained.

It has been a journey of humility, setbacks and exciting discoveries.  We have been blessed to meet many wonderful and gifted therapists and trainers along the way as well.

As I studied, I found that inversion as a therapy is a very old idea, and that there were many, often times questionable, ways that it had been attempted throughout history. The most recently popular is called “High Angle Inversion” which was promoted in the 1970s by Dr. Robert Martin as a form of what he called, “confrontational medicine.”  For me and many others this High Angle approach was simply too scary and impractical for multiple reasons.

And yet I felt that inversion, if it could be applied correctly, could potentially be of value to me and others.

Today I am pain free most of the time. I use my Gravity Pal 2 to 3 times every day for only 1 to 3 minutes at a time. Occasionally I use it fewer times in a day and occasionally I use it for a few more minutes during a session.  After several months of consistent use I started to discover something else, that regularly using Gravity Pal on a daily basis was improving other areas of my health that I was not even looking for. I started to notice that my thinking was becoming more clear. Believe me, after dealing with persistently high levels of pain for many years it was a real contrast to be able to think “more clearly.”  After numerous other people reported that they, too had started to experience greater mental clarity, my wife and I started to research how using Gravity Pal might contribute to that experience. We now have a working theory as to why we think this happens. If anyone reading this is a legitimate scientific researcher who would like to conduct objective tests on this phenomenon, please contact us. We would like to see if this can be objectively verified. For now, even though these reports are very exciting and we think there are sound scientific reasons why there is a connection to regularly using Gravity Pal, all we can provide are anecdotal reports.

Gravity Pal started out as a re-discovery and further refinement of the ancient human quest to escape the compressive effects of gravity. However, along the way we were surprised to discover a tool that appears to have a broad spectrum of wellness benefits.

This is not what started my journey with Gravity Pal but today I am looking beyond back pain…to Wellness.  My wife Dawn, and every person that shares with us their own experiences using Gravity Pal, are my partners in this journey. 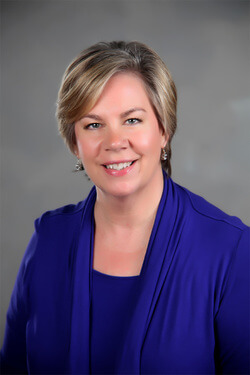 I began my career as a therapist in Speech-Language Pathology at Minnesota State University – Moorhead where I graduated in 1983 with a Master of Science degree. My work experience allowed me to cross over many populations and settings ranging from schools, hospitals and private practice.

My second career as a wife and stay-at-home mom quickly steered me towards physical healthcare. My husband, Michael, had a long health battle with back pain that eventually culminated in an urgent spinal fusion back surgery.

After the surgery, we weaved our way through a myriad of Western medical and alternative therapies as he tried to alleviate the very serious ongoing nerve pain he lived with every day. Our family mission to assist him to gain optimal health became our full time project. Eventually, we both went back to school to become licensed massage therapists and continued on to become certified in advanced bodywork therapies.

It was during this healthcare journey that Gravity Pal was born.

Michael and I developed the LOW Angle Inversion table to initially assist him in decompressing his spine without triggering the startle reflex called muscle guarding. It was highly effective, in fact, we were able to cancel and avoid a second scheduled surgery! I quickly found that my clients in my massage and bodywork practice would greatly benefit as well.

It is commonly known that the first 15 minutes in a massage therapy session is spent just working towards a state of relaxation suitable enough so that the therapeutic work can begin. Starting a session with Gravity Pal gives my clients a headstart in their therapy by giving them a gentle whole body stretch: in clinical terms, a natural whole body myofascial release and cranial sacral release at the same time. This brings them to a relaxed state virtually immediately.

I have found using Gravity Pal LOW Angle Inversion for 2 to 3 minutes before starting a session more efficiently maximizes clients’ results in therapy. In addition, LOW Angle Inversion provides many other benefits for the body that we discovered through our clients’ feedback. The full range of low angle inversion benefits with Gravity Pal reported by users can be found throughout www.GravityPal.com.

Wellness of body and mind are key factors to happiness in life and we are thrilled to make Gravity Pal a self-care tool to facilitate wellness. It has become our mission to provide everyone with the opportunity to experience the benefits of LOW Angle Inversion.